Iranian on the outside, World Citizen on the inside

I watch the news and the clips in horror of what’s going on in Iran right now after the elections.  I am also filled with sorrow at the way the Iranian Baha’is, the largest religious minority group, are being treated.  It is sad to see a nation so rich in culture and history resort to the state that it is in today.
Even though my heritage is Persian, I only lived there for a couple of years in my young childhood so I don’t remember very much at all. My family left Iran when I was 5 as a result of the persecution of the Baha’is there. My father found a job in Kenya so we were lucky to leave before the revolution began. Obviously it was difficult for my family to uproot themselves from their country of origin but because my father was denied a job in Tehran solely for belonging to the Baha’i community, he knew it was time to leave.
I often wonder what my life would have been like if we had stayed in Iran. I imagine myself wearing a chador over my head and fully cloaked in dark material covering my whole body everyday because of the regulations that exist.  I would be a different person and no doubt I would never have been able to develop my music.  Since the revolution in 1979, dancing and some types of music are considered illegal by the government.  Female singers are not allowed to have any concerts or other similar activities in Iran.  I shudder to think that I would not have been allowed to sing at all!  Not a day goes by that I don’t sing – it’s a part of who I am and brings so much joy to my life.
Because I grew up outside of Iran, I felt quite distant and disconnected to the country of my parent’s birth.  The only other Persians I knew besides my family were my cousins and a few other Baha’i families that lived in Kenya so culturally I never felt I was Iranian.  Interestingly, I never felt Kenyan or American either (I was born in the US), but have come to view wherever I live as my home.  I have been molded to be a world citizen out of necessity but also out of an understanding that once I identify myself from one part of the world, I’m neglecting all the other parts of who I am and where I come from.  Even though I have no association with Iran right now, except for a few relatives and my concern for the Baha’i community there (especially those who have been imprisoned there recently), I do care about its future and its people.  I care about the suffering being inflicted on the innocent, whoever and wherever they are.  So I pray that our brothers and sisters in Iran are no longer treated with injustice, but with the respect and dignity that they deserve.
Quote of the Day:  “The well-being of the world, its peace and tranquillity, are unattainable unless and until its unity is firmly established.” – Baha’u’llah 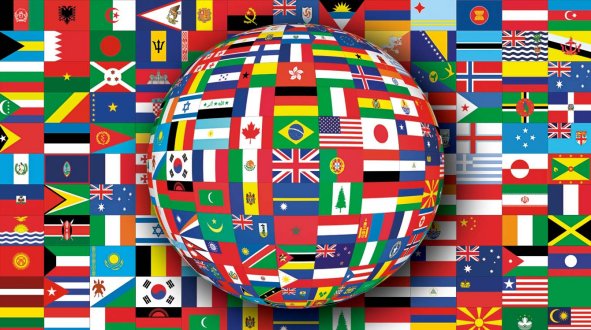 This is fascinating to hear about your roots Elika, You are truly blessed to have been able to leave there when you did, imagine how different your life would have been if you stayed…
Iran is truly a dark place on this earth, no wonder Baha’u’llah appeared where needed most!

Yes I have been blessed in so many ways. Feeling very grateful for all of His gifts.

Thanks for sharing this Elly – I share many of the sentiments that you expressed particularly about not feeling a sense of belonging to a particular country, but rather to the world of humanity. I, too, pray that the situation in Iran ameliorates and that the people of that country can reach their full destiny, unencumbered by and inhibiting forces…
Love you and as always am so proud of who my Big Sis has become!

I can totally relate to this, having gone through a similar experience. Thank you for sharing!