Last week I had the opportunity to play 3 pieces from my recent ‘Glimmerings’ CD on a grand piano at our Nawruz (Baha’i New Year) celebration.  It was the first time I had played them for such a large gathering and was excited to be able to share the pieces after just releasing the album.  About a month ago I started preparing and practicing the songs.  I had been asked to shorten them to about a minute each to play in between readings and prayers.  For two of them, it wasn’t too challenging to figure out where to end them and adapt them.  For the last piece, ‘Final Journey’, I had to actually learn it from scratch.  Let me explain…
I composed ‘Final Journey’ the day my mother-in-law passed away two years ago in May.  That morning I sat at the piano and spontaneously recorded whatever came to my heart in honor of her passing.   ‘Final Journey’ was composed on the spot which meant that I never actually practiced it in advance so I had to learn all the notes in order to perform the piece.
In order for a performance to be seamless, a musician has to know the pieces very intimately and play them without even thinking about the notes – that’s how much one has to practice.  I was a bit nervous with only a month to perform ‘Final Journey’ as I wanted it to be engrained in my mind.  I didn’t want to have to think about what my fingers were doing – just wanted to be on autopilot!  So I set out to practice the piece everyday to become familiar with it.  It felt a little odd learning one of my pieces from scratch because I’m so used to practicing them a lot before I record them.  This was the other way around so it was a fascinating experience working backwards.
The performance went very well but best of all was having the opportunity to play on a beautiful, open grand piano that resounded throughout the room! 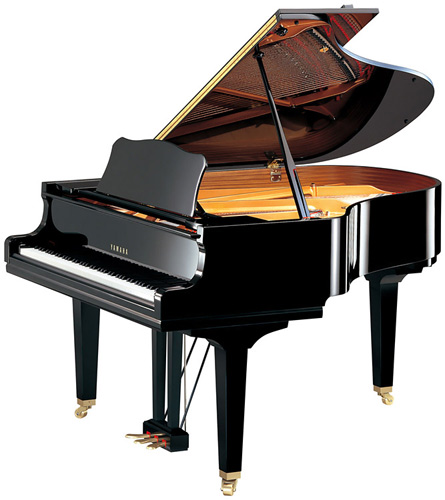 Wonderful story, dear Elika. I’m sure your performance was awesome!
I have had similar experiences too. When I was 10, I had a Casio keyboard with a double-deck cassette player/recorder. I used to press RECORD and then compose music on the keyboard and record them. I filled up two whole cassettes this way, and I thought they were pretty awesome. Later, when I got a bigger Yamaha keyboard and tried to play those pieces again, I found out I had to learn them again! 😀
Thank you for sharing! Big hugs to family! 😀

I so wish I had been there my Elly love… Good for you learning your own piece all over again!

Tonight we were at an amazing concert and there was a piano instrumental piece although famous… we both thought it was nothing compared to your music!

I think that is how all music should be played, poems written and paintings painted. Not premeditate or practiced beyond feeling.
Somehow when love is involved it takes on another dimension.
What is inspiration if not love in a different form?
The recording is there to do the rest..
No matter…
All the beauty is in the making!
Best regards to those you inspire and are inspired.
The friends know that all too well.
Best Greetings, Notes are like people, all different but when together in harmony sound great.
maria