It’s finally ready! The cover for my upcoming CD, ‘Edge of Forever’, is completed and the digital album will be released very soon.
I would like to thank those of you who sent in such beautiful photos from all around the world. I received photos from friends in the US, Macau, Israel, Papua New Guinea, the United Kingdom and China just to name a few. It reminds me of how the world really is a small village!  The photos were all lovely and I also enjoyed discovering how talented my friends are in photography!  For the album cover, I decided to choose one that a friend suggested from a Hubble site which was more along the lines I was thinking of.  I love the sense of mystery in the photo which relates to the title of the album so I felt it was very well suited. The image is a nebula, a cloud of gas and dust in outer space, taken by the Hubble space telescope (used by permission from the Hubble site).
Looking forward to sharing the music with you soon as well as the theme of the album in upcoming posts. Below is the cover photo I chose for ‘Edge of Forever’.  I hope you like it. 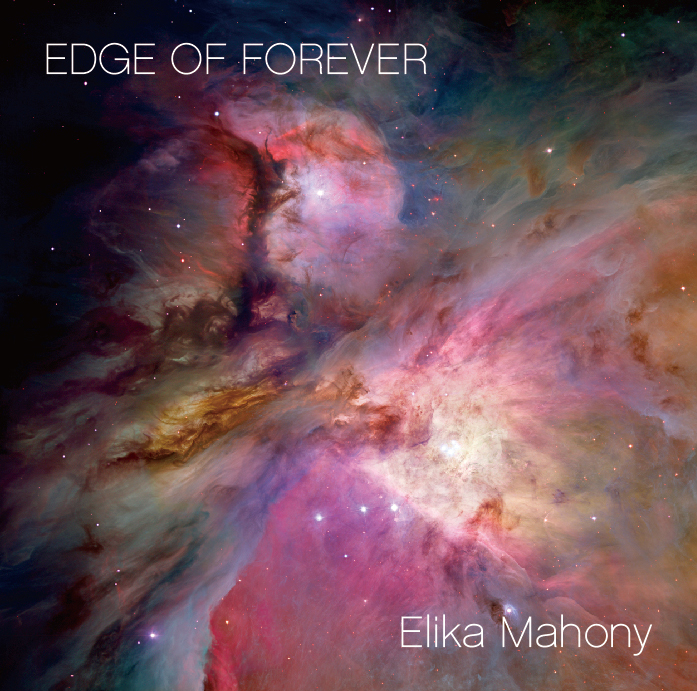 Its Wonderful choice Elika.Keep up!!!

Both uplifting and inspiring!

Wow! So beautiful and awe-inspiring. I”m sure the music will be too.

What a beautiful CD cover and a perfect choice. It goes very well with the title of your CD. Congratulations! :d

It is so lovely. I am so happy that your the digital album will be released very soon.

Thank you all for your encouraging and kind comments. Looking forward to releasing the music tomorrow!