Playing the Role of Engineer

Lately I’ve been working quite a bit in the studio playing the role of engineer and recording vocals for other musicians as well as some children that I teach in a class.  I was recording some inspirational quotations that the children had memorized as well as a few songs I had taught them to give them a CD of their own recordings as a graduation gift.  I’m hardly qualified to call myself an engineer but since I can manage the basics, it works for this blog! 😀  I definitely prefer being on the other side singing the vocals and feeling the inspiration flow through me but I have often needed to record myself and others so it has become extremely useful.  I owe many thanks to Jarome who patiently taught me the ropes in that department.
Recently, I had the opportunity to record Siria Rutstein for a piece that we’re singing together with Cheng Lin.  Siria is a talented vocalist who has been studying music since the age of 5.  She has a heavenly voice that moves me everytime I hear her sing so I wanted to have the chance to sing a song together.  The piece is called ‘God is sufficient’ and is sung in 3 different languages.  Lin starts by singing in Chinese, then Siria in English and I sing the third part in Arabic.  It is a beautiful piece (not sure who composed it) and I was excited about it being sung in different languages and singers with the varied voices.  This song will be one of the tracks on a Chinese spiritual CD that we are in the process of completing.  We hope to finish it by September.  Here are a couple of photos of Siria in the studio and in the garden. 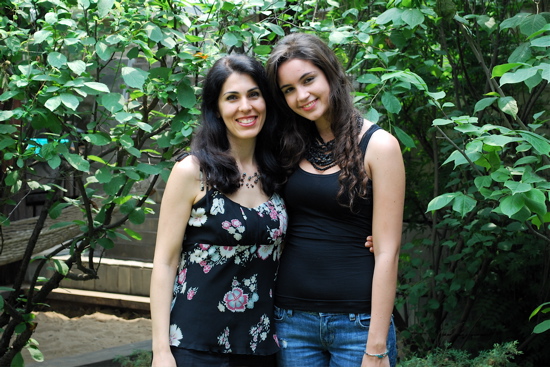 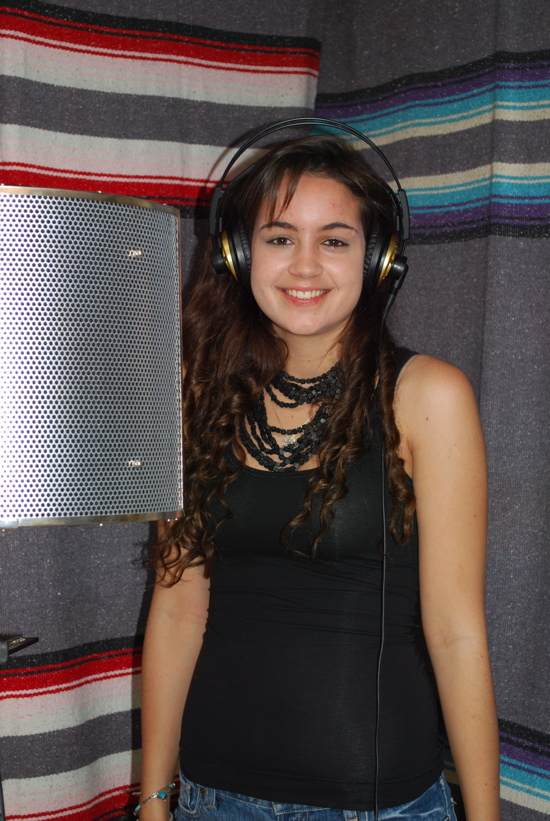 Wow, you are truly multi talented! Much respect to you Elika.
Wish I knew you would have been recording so many other people (Like Red Grammar!!), Then I would have set up the studio better for doing such work…