My dear friend and very talented musician, Cheng Lin, performed at the Green T. Living a week ago. What a fantastic concert it was! Lin sang several pieces accompanied with her erhu and had prepared a couple of videos of her new song ‘Greater than Gold’ and another moving piece, ‘On the Road to Heaven’ which she dedicated to the victims of the earthquake in Chengdu.
Lin is about to complete her new CD, ‘Greater than Gold’. I have had the pleasure of hearing several of the pieces which are incredible. Her melodies and vocals are truly captivating and the instrumentation on the CD is fabulous. Lin has been collaborating with producer KC Porter on this CD and the results are evident. She has been working long distance on her album travelling to Los Angeles to record some pieces in the US and some in Beijing. Many outstanding musicians in both countries are featured on her CD. Lin is planning for the album to be released in October 2008. Her style is classic/pop and the themes of her songs are spiritually based and the message is powerful. I look forward to the release of her CD with great anticipation!
Lin has always been a great supporter of my music and has always encouraged me to strive for excellence. I’m honored that she sang with me on my second album, ‘Melodies of the Nightingale for the family‘ and played the erhu on my most recent album, ‘Fire and Gold‘. I’m grateful for all her assistance and support and wish her great success with the completion of ‘Greater than Gold’. 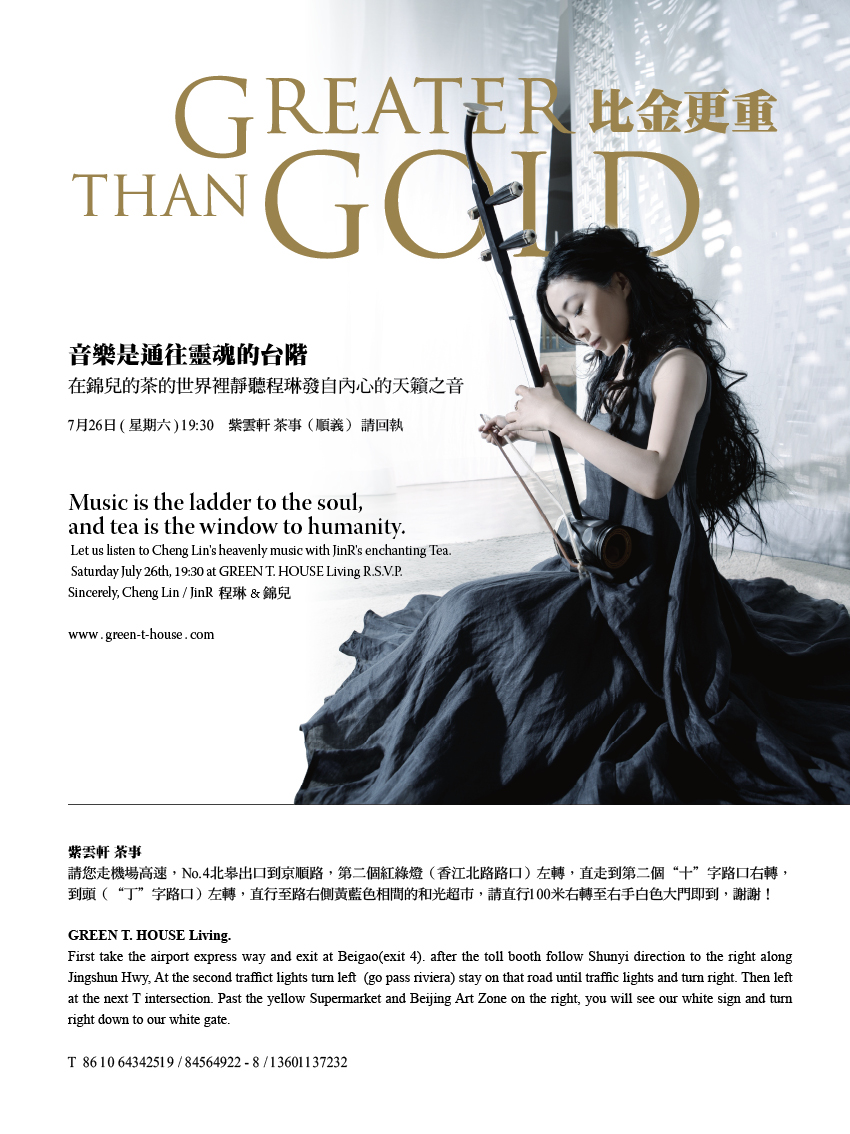 Incredible! We would LOVE a copy of her CD when it’s ready!

Thanks Sam! I’ll be sure to let you know when it’s ready and I’m sure Lin will promote the CD on facebook!

congrats to my dear Lin. Looking forward to her new CD! Love to you all…

I can’t wait to hear Cheng Lin’s new CD…..please let me know when and how to
purchase it!
phil