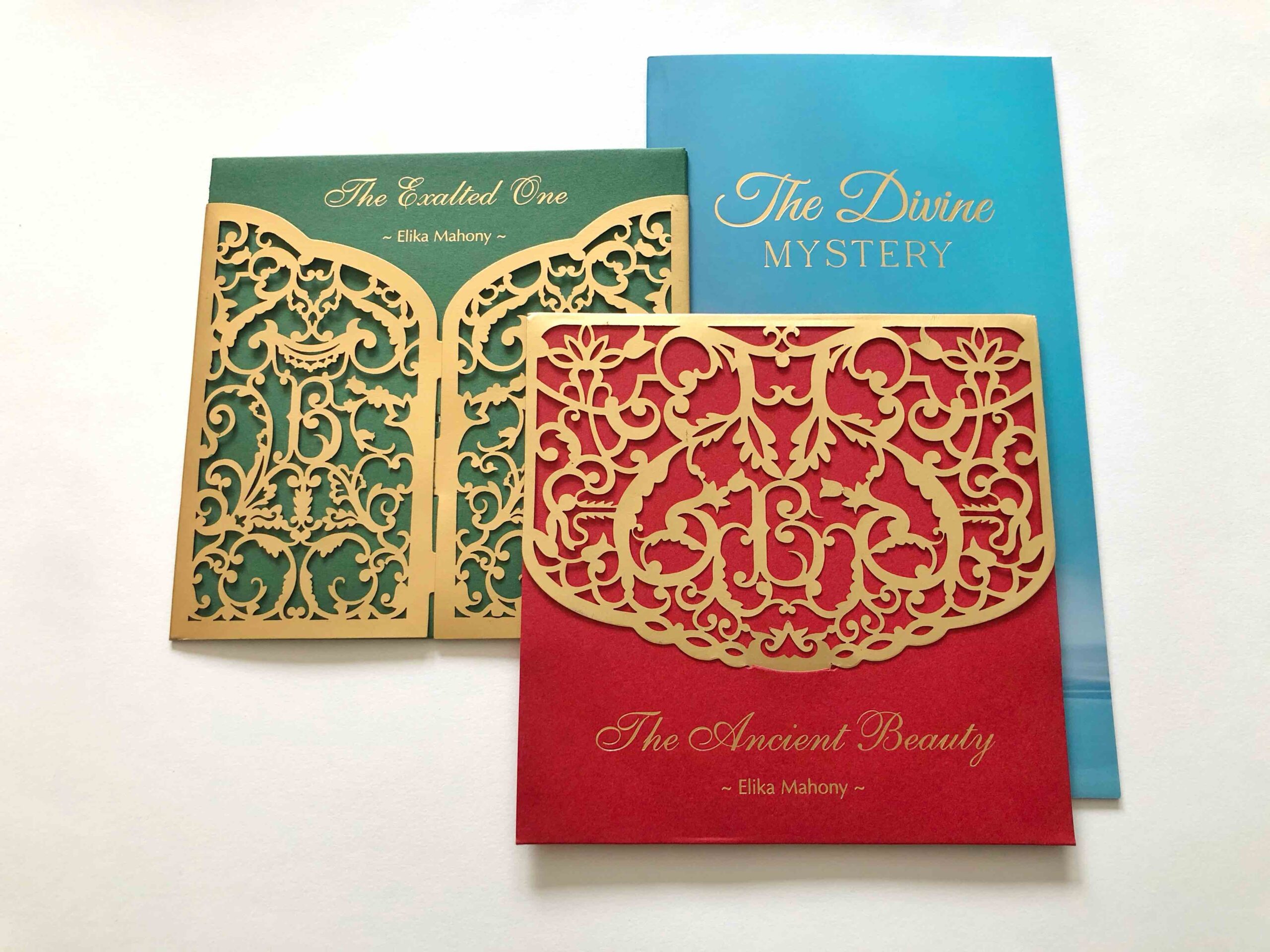 I am so excited to share with you the official release of ‘The Divine Mystery’ – my new booklet/album in honor of the centenary of the passing of ‘Abdu’l-Bahá!

The booklet-album is still available on my shop and in addition the music can now be downloaded on my bandcamp music page.

A reminder that each booklet-album comes with a unique code to download the full digital album.

Inspiration behind the Music

I also wanted to share more about the inspiration for the music.

In 2017, I created an album in honor of the 200th anniversary of the Birth of Bahá’u’lláh, entitled ‘The Ancient Beauty’.  In 2019, I was inspired to record ‘The Exalted One’, a companion album for the 200th anniversary of the Birth of the Báb. Both albums had a similar design motif based on the gates to the Shrine of Bahá’u’lláh and the Shrine of the Báb.

As this year is the 100th anniversary of the Ascension of ‘Abdu’l-Bahá, I felt the urge to produce an album in His honor, thereby completing a musical trilogy in remembrance of these three Sacred Figures.  I also wanted a befitting name for the album that would call to mind the beautiful qualities of ‘Abdu’l-Bahá.  After consulting with friends around the world, I chose the name ‘The Divine Mystery’, an allusion to the title ‘The Mystery of God’ bestowed upon ‘Abdu’l-Bahá by Bahá’u’lláh.

Creating these three albums has been one of the highlights of my musical career (such a unique and special time in history will never come again in my lifetime) and I am extremely grateful to all the friends, family members and patrons who have made it possible.

So far I have released 5 of the songs from the album ‘The Divine Mystery’ with accompanying videos. Below are the links to the videos in case you missed them.

Thinking of all who have been affected by the torn