A gift song for Ridvan: Rejoice with Exceeding Gladness

I’m thrilled to share that I have been working on a song composed specially for the Baha’i Festival of Ridvan.  Ten days ago I had the idea of setting a quotation to music in different languages that the whole community in various parts of the world could sing together. I found a beautiful quotation revealed by Baha’u’llah for Ridvan and asked friends around the globe to help me find the translation in six languages. We now have it recorded in English, Swahili, German, Chinese, Spanish and French!  Friends in several countries recorded the different languages and sent the files which were then combined into one song. Each verse is followed by the chorus of ‘Allah’u’Abha’ where everyone can join in.

I would like to thank several friends for their time and wonderful talent who contributed to this song.  Firstly to Larry Magee who played all the guitars parts.

Thanks also to Jon Rezin, a producer who helped with Auntieclare’s recording and finally my deepest gratitude and thanks to Jarome Matthew, another talented producer, who took the time to edit it all and put the song together despite his hectic schedule!

Hopefully in the next week I will release the short version of the song in separate languages so that the communities have the choice of singing the Ridvan song in their own language.  I will let you know when they’re up on the website.

The song is a gift to you (please feel free to share it).  Even though the link says ‘Buy Now’ on the website you can download it as a gift (just enter 0 in the amount). As there were production costs, there is an option for donation.  Just enter whatever amount you wish.
Since I posted this blog, there are now individual tracks available of the Ridvan song (shortened versions) in each language.  Click here for more info and to download the individual songs & instrumental version.

I hope you enjoy the song! 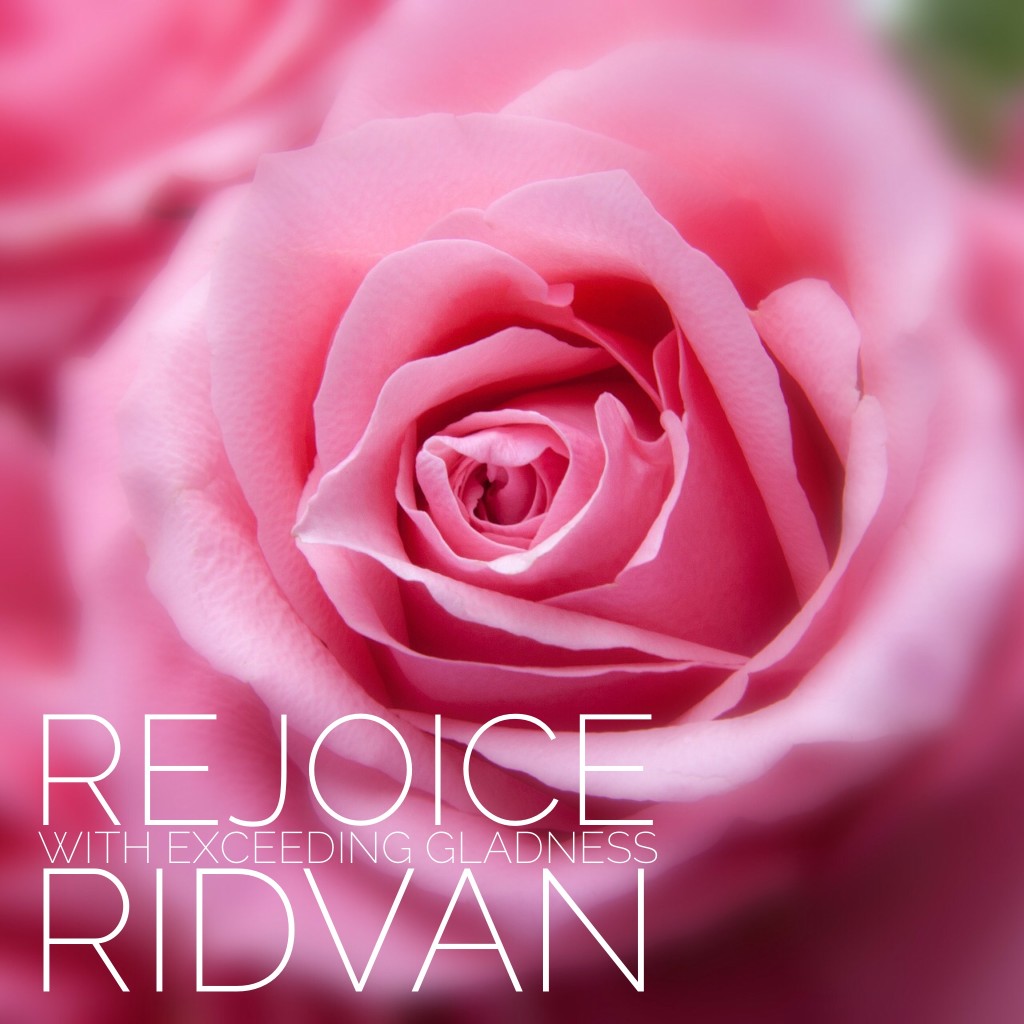 « Special Springtime Sale: Hands of the Cause book & Infinite Bounty Video about the meaning of Ridvan! »

It fills the hearts with feelings of joyful emotions.Thank you, dear Elika. We will sing it all together at our Ridvan celebration in Kigali, Rwanda.

Hayedejoon, I am so delighted to hear that you will be sharing this song with your community in Kigali, Rwanda for Ridvan! This brings so much joy to my heart. Love to all.

Rejoicing began in all the far corners of the world….

Well done our precious love Elika! This is so beautiful … Thank you for this wonderful gift. Praised be to God! YaBaha’u’l-Abha!

Well done! Uplifting and Befitting of the Most Great Festival!

Fantastic Elika, What a great achievement!!

Dearest Elika, Thank you so much for sharing this beautiful song at this joyous time of Ridvan. I will be sharing your recording with our community at the Holy Day celebrations.

Dear Elika, we share this song with community in Russia in this Greate Day of Rizvan. Very lovly and melody song. Thank you!!!!

Blessings upon blessings as you have blessed our first day of Ridvan in Alaska with your heavenly, uplifting, soul stirring and joyous multicultural Ridvan song.
Happy Ridvan to you and the family.
From ours

Dear Elika, can you add to this gift rizvan song Russian part? I pray for you.

Thank you all so much for your sweet comments. I’m so glad to hear the song has been used in several communities around the world.
Hi Eric, a friend of mine is trying to record the song in Russian! I will let you know when it becomes available.

O, thank you dearest Elika! Do you need help in Russian part of the song?
Keep connection please! I pray for your family and for your friends!

Thanks Eric. I have asked a Russian friend of mine to record it in Russian. Hopefully it will be available soon.
Thank you Shirin!

We had a great 12th day Ridvan celebration yesterday at the Nairobi Bahai Centre where this precious song was sung learnt by the choir! they were soooo happy to see it in Swahili version too!
lots of loving thanks our dearest love Elly

Dear Elika, thank you so much for this beautiful gift. I was not able to hear it until now. I wonder if you have a Farsi version as well. Keep up the good work.

Rejoice will be played at many joyous occasions. A timeless classic for the ages. Thank you to all who worked on this.

Hi Shirinjoon, I have an Arabic version also. It can be found here: http://music.elikamahony.com/track/rejoice-with-exceeding-gladness
Thank you Glenn. 🙂