‘Rejoice with exceeding gladness’ was such a joyous song to compose for Ridvan!  The most thrilling part was having it recorded in 6 different languages (English, Swahili, German, Chinese, Spanish and French).
Since the song was composed, we have had the pleasure of adding 5 more languages (Arabic, Italian, Swedish, Japanese and Portuguese). During the 12 days of Ridvan, on each day I will be releasing a different language version of the Ridvan song.
Below is a video created for the English version of the Ridvan song with photographs of the Ridvan garden in Akka.  Some of the photographs were taken on my last Pilgrimage in December 2016 and several photos are used with permission from the Bahá’í International Community.  I’m so thrilled I was also able to use some beautiful photography from Adeeb Afshar.  Thanks to Shira Trick for her lovely video of the fountain in the Ridvan garden.
Lyrics:
“Rejoice with exceeding gladness, O people of Bahá, as ye call to remembrance the Day of supreme felicity…” – Bahá’u’lláh
Allah’u’Abha 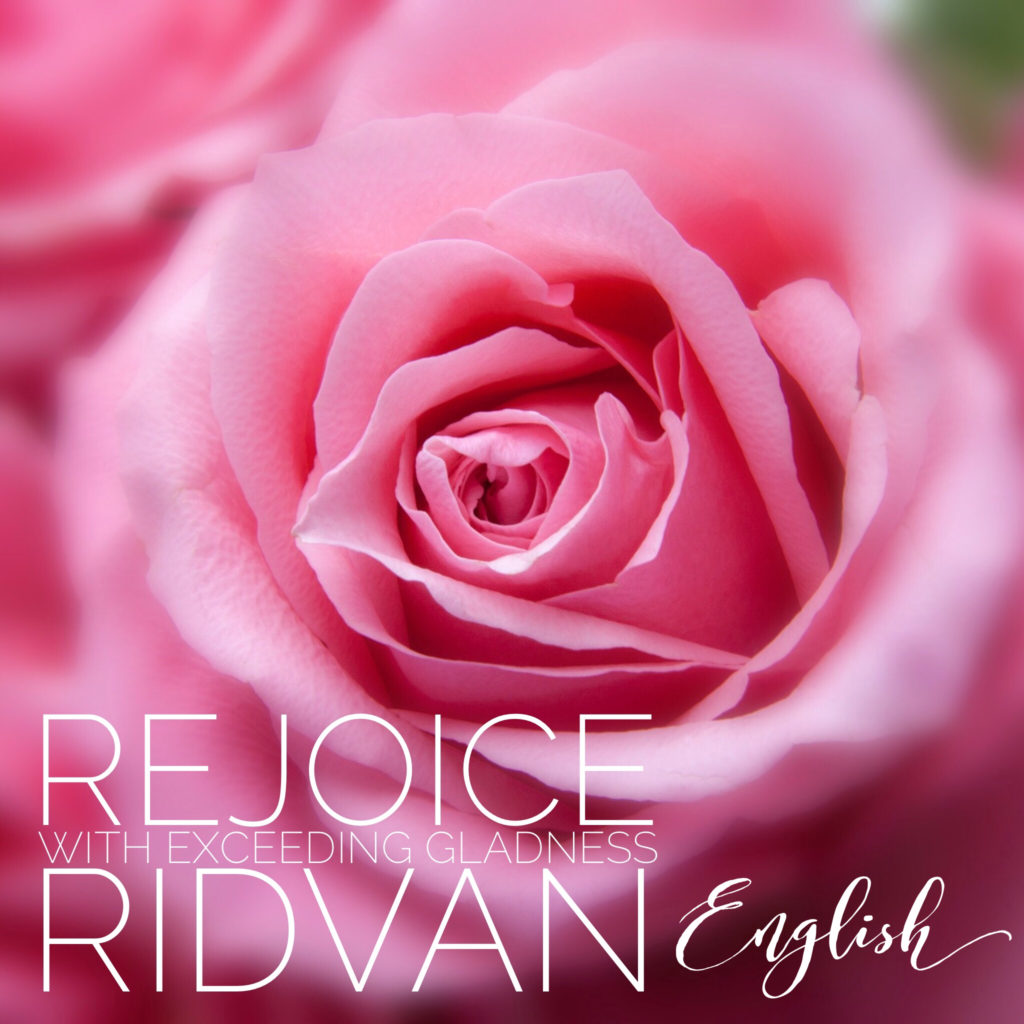 Beautiful version in Arabic and the Japanese one today. Thank you elika so much joy for today and for the world going thru major growing pains.

Thank you so much Nitin!
My pleasure dear Kimberly. 🙂