Recently I’ve been working on songs in a new style which is quite different from the previous CDs I’ve worked on.  Two years ago my producer gave me an instrumental rhythm and a basic music track to create melodies for.  This song is called ‘Eternal Beloved’ and the music features some Indian percussion and blues drums.  Even though the style and approach to creating a song were quite different, I was inspired to come up with some vocal melodies that I recorded.  The lyrics were composed later and were created to compliment the melody of the piece.  Part of the lyrics were taken from elements of the Baha’i Writings since the music has a mystical and exotic feeling and we wanted the words to reflect that (I will write more about the lyrics in another blog post).
One of my favorite elements of the song is the addition of the lovely instrument – the Oud.  The Oud is a lute-like stringed instrument commonly used in the Middle East. The reason we chose it for this piece is the contrast between the modern style of the music and the ancient ethnic sound of this unique instrument.
We are now putting finishing touches on the song in Jarome’s new studio in Beijing.  I’m ecstatic about the uniqueness and blending of styles in the song and can’t wait for you to hear it.
I will write more about the song soon and I’m thinking about releasing it as a single download rather than wait till we have more songs to release. 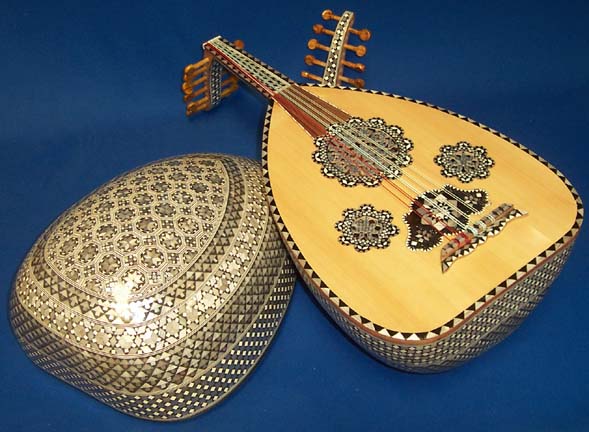 « Jarome has moved to Beijing! Cesaria Evora in Concert! »

OK, my appetite is whetted. The hook is baited. Let’s hear that tune so you can reel me in!

This sounds so exciting! What a great combination! SO lovely!

Jarome is still mixing the song and it’s sounding wonderful! Can’t wait for you all to hear it!

Dying to hear them! have missed your blogs!

Wishing my friends a joyous Day of the Covenant (s

Feeling extremely blessed to have released this al

✨A song that is dear to my heart. ✨Link in bi