Remover of Difficulties in Ukrainian 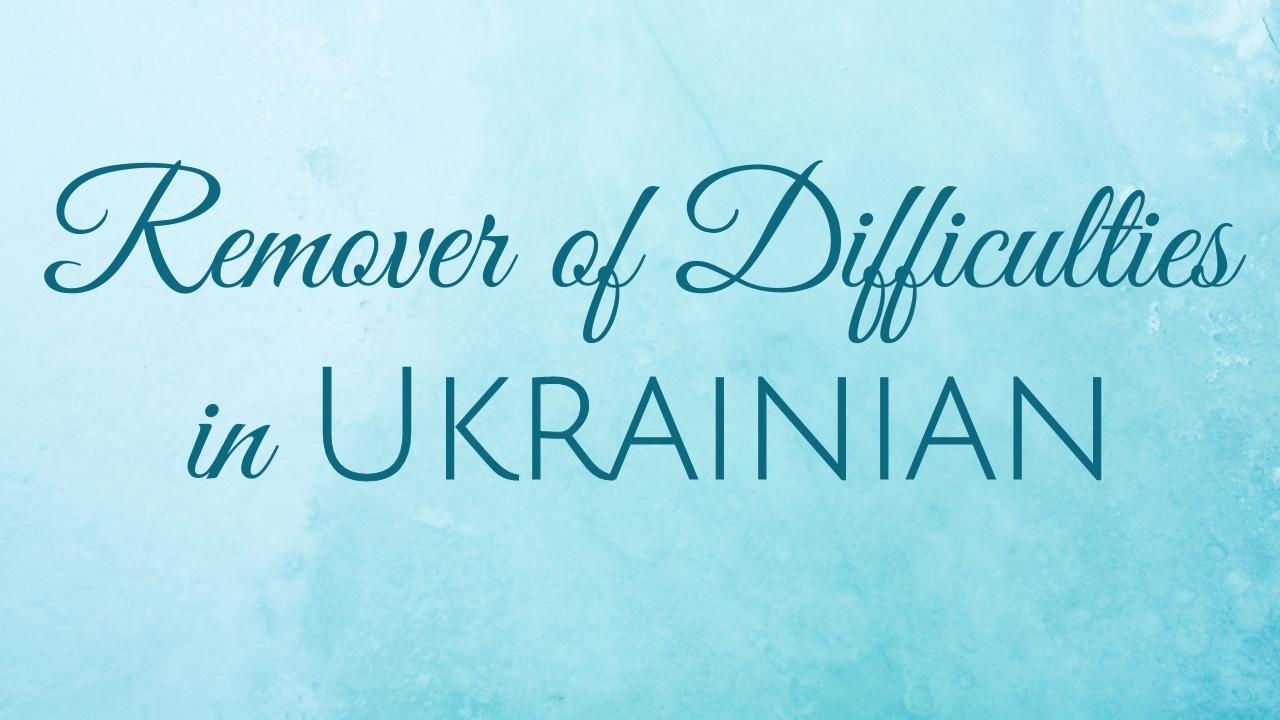 I recently received an email from a friend in Austria asking if I could provide the music notes for the prayer Remover of Difficulties that I had set to music for my album The Exalted One.

She explained that a couple of months ago she had welcomed a Ukrainian family into their home.  “The sweet family of five” she wrote “has been staying with us, and as the father of the family is a professional opera singer, we were asking if he could sing a Ukrainian prayer for our conference.  Since I couldn’t find any Ukrainian Bahá’í prayers on Youtube, I came across your beautiful recording and asked him if he could sing it in Ukrainian with your melody… and he managed!! It sounds magical!”

I was so moved by her message and was thrilled to receive a recording of his rehearsal before their conference in Austria.  I was deeply touched to see and hear this powerful prayer of the Báb being sung in Ukrainian and wanted to share it with you.  I hope you enjoy.

🎬 Watch the video sung in Ukrainian

Watch the original video sung in English, Spanish and Arabic

I am hoping we can record the prayer professionally in Ukrainian and add it to the original piece.  Do you think that would be a good idea? Let me know in the comments below.

Below are the several ways you can support me as an independent artist: