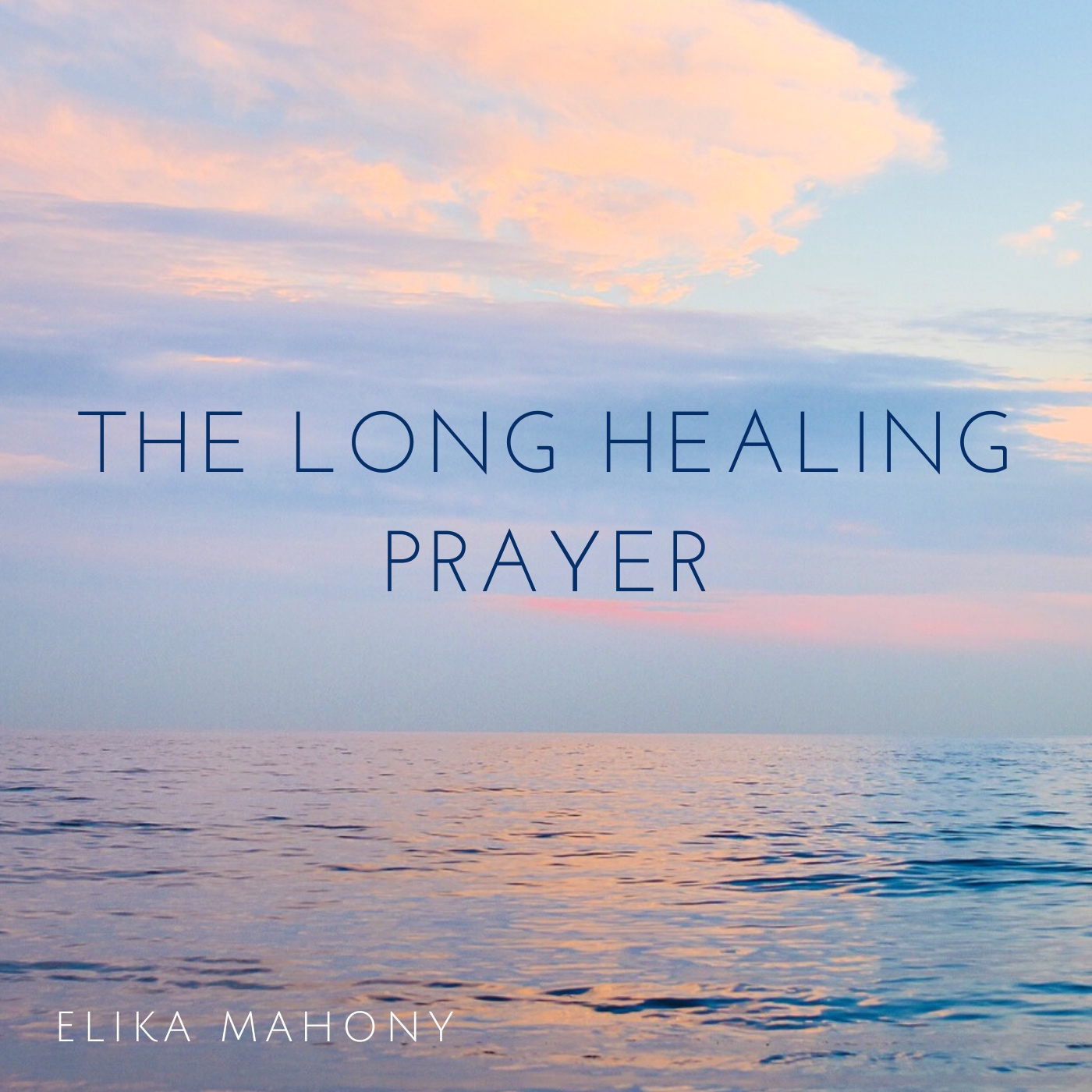 I am overjoyed to finally share two versions of ‘The Long Healing Prayer’ with you!

‘The Long Healing Prayer’ is more elaborate – it starts simply and gradually fills with harmonies as the recording progresses to give it greater musical depth.

‘The Long Healing Prayer (meditative version)’ is a more subtle, meditational version with only one voice and piano.

To download the prayer, you can make a contribution of whatever amount you wish.

Composing and recording this prayer has been like no other piece – both an exhilarating and challenging process (I can’t  believe it is 19 minutes long)!

Thanks to my producer, Jarome Matthew, for editing, mixing and mastering the piece.

Below are some of my experiences of recording the Long Healing Prayer.

If it weren’t for my nephew and another dear friend, I don’t think I would have dared set the Long Healing Prayer to music.  When I heard my nephew needed heart surgery (he is a child with Down Syndrome) and that a dear friend was going through chemotherapy, I felt it was important to compose music for this powerful prayer in order to bring them and their families some solace.

There were moments that I wanted to give up as there are long sentences that are difficult to fit into the pattern of the composition. The length of the prayer was an additional challenge.  When recording a short prayer I am generally able to sing through the prayer in its entirety in one sitting.

With the Long Healing Prayer, however, I had to have enough stamina to stand and record as many verses as I could.  I had hoped to record the whole prayer at one time but was never able to – I was too out of breath after 6 or 7 verses!  During the difficult periods, I would often think of my sweet little nephew and his adorable smile which gave me the courage to continue.

I am grateful I persevered and took breaks when I needed to so that I could re-energize and solve the difficult parts and complete this prayer.

There were also blissful moments.  Recording a couple of parts of the song were magical and ethereal.  While recording the ending piano, I just allowed myself to let go and play what came to my heart.  It turned out exactly how I had hoped so I kept it in the final recording (during the recitation part).

I hope that this prayer brings solace to friends in need of spiritual, emotional and physical healing.  Please feel free to share the link with friends you think would benefit from hearing it.

Many thanks for all your kind support.

I asked my producer,  Jarome Matthew, to share some of his thoughts as he was editing, mixing and mastering the song.  He wrote:

Working on this long healing prayer was a blessing but also a challenge because it is such an important prayer! I felt it was a great honor to be able to contribute something to this for Elika. What made the countless hours easier was Elika‘s beautiful arrangement and melody which I felt took a prayer that can feel like a somewhat pleading and functional mantra and turned it into an uplifting and powerful piece that is so desperately needed in our increasingly afflicted world. 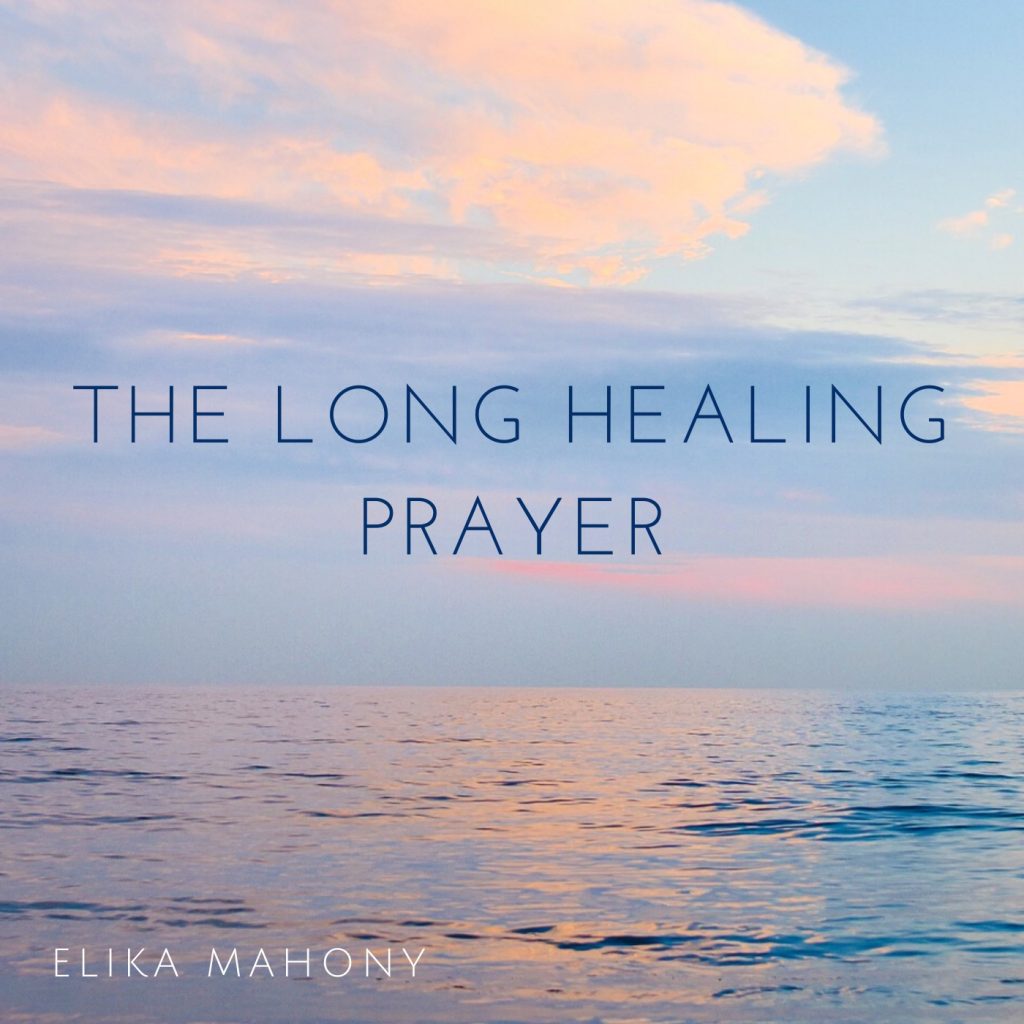 « Music for the Baha’i Fast The Long Healing Prayer Video »

Congratulations Elika on such a difficult task but thru the grace of God and Bahaullah and your love for music and humankind. Much blessings to you.

Thank you dear Kimberly. I appreciate all your loving support.

What a precious gift for your little nephew!! Thank you for your immense generosity in sharing it with the world! Love!!

Thank you dear Millie for your sweet words and thank you for your kind support.

Thank you, Elika! Your loving voice brings new life to this special prayer. What a precious gift to everyone who is blessed to hear it.

Thank you dearest Eva for your kindness. So glad you enjoyed listening to the recording.

It’s wonderful to see this important resource available to everyone after all the hard work! Love what you did with this prayer, I’m looking forward to sending to friends who really need it

Elika, your voice, filled with such loving devotion is a most precious gift to all the world. Thank you to both you & Jarome in weaving such beauty around Baha’u’llah’s words. Exquisite.
In loving appreciation,
Suzanne

Thank you dear Suzanne for your kind words. I am so thrilled that you enjoyed the recording of the Long Healing prayer.

Dear Jarome – I feel so blessed that we were able to work on this piece together and share it with those in need. Thank you for always polishing my music so that it can be shared with the world.

Oh, Dear Elika, I am tearing up while listening to this Long Healing Prayer

Dear Xiaojie, you have such a pure heart. It would be wonderful to collaborate with you with your beautiful art and the recording of the Long Healing Prayer.

Thank you dear Sateh for your kind words and loving support.

Oh my! What a beautiful meditation of this amazing prayer… very beautifully done indeed. thank you my love for this amazing gift to the world! Ya Bahá’u’lláh-Bha! Would you consider the Fire Tablet next?