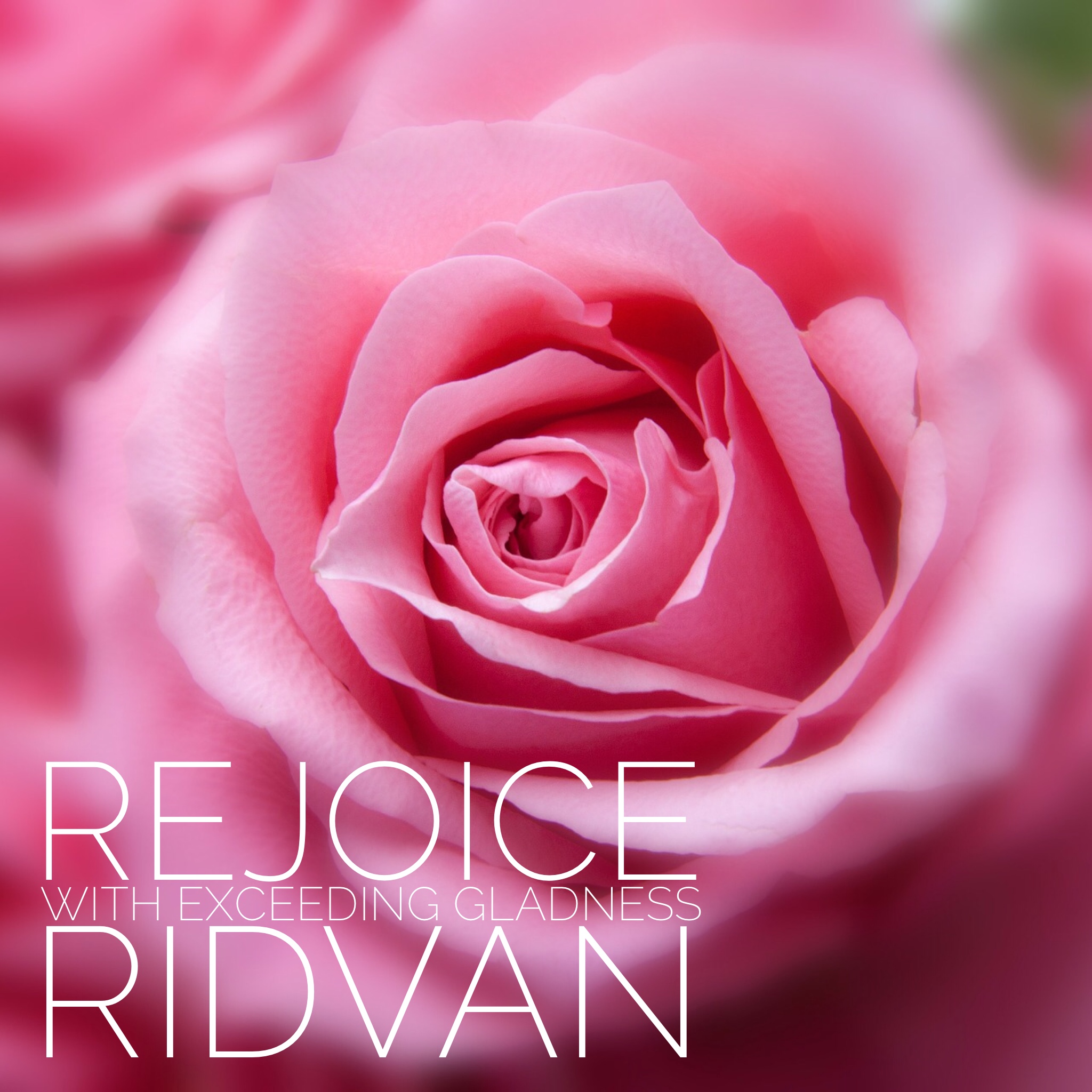 A few years ago I released ‘Rejoice with Exceeding Gladness’ – a song in honor of the Festival of Ridvan.  The song is in 6 languages and everyone can join in singing the chorus!  The languages included are below. Click on the languages to download the songs as gifts!:

Since then we have recordings of an additional seven language versions with talented musicians around the world. Below are the additional recordings available for download:

Each of the thirteen  shortened versions of the Ridvan song can be downloaded separately.  Please spread the word to your friends!

Chords for the Ridvan Song

Below are the chords for the song ‘Rejoice with exceeding gladness’. Enjoy!

Videos of the Ridvan Song

Below is a video for the Ridvan song that my talented friend Glenn Franco Simmons created of communities from around the world engaged in service.  I hope you enjoy it!  Click here to watch it or watch below.

Below is the link to another Ridvan video created with Temples from around the world.

Enjoy a Ridvan video playlist of all the songs in different languages.

Most of the languages are also available as separate videos. Please see below an example of one in English.

A special thanks Larry Magee who played the guitars and to Jarome Matthew for editing all the languages and making sure they were mixed and mastered to sound alike. I’m also extremely grateful to Adeeb Afshar for sharing several of his beautiful photos from the Ridvan garden and also Shira Trick for her lovely video of the fountain.  If you listen closely at the end of the video, you can hear a slight trickle of the water flowing from the fountain.

The Songs are a Gift to you

The songs are a gift to you.  Even though the link says ‘Buy Now’ on the website you can download it as a gift (just enter 0 in the amount). As there were production costs, there is an option for donation.  Just enter whatever amount you wish.  Download the songs here.
I would like to thank all the friends who were a part of this project and who graciously recorded their voices so that these songs could be shared and downloaded as gifts for you!

Lyrics for Rejoice with Exceeding Gladness

Feel free to download the lyrics for all 13 languages below: