A Radiant Heart – a duet with my daughter

‘A Radiant Heart’ is one of my favorite pieces from my recent album, ‘The Ancient Beauty’, in honor of the Bicentenary of the Birth of Bahá’u’lláh.
One of the reasons I treasure this song is because it is a duet recorded with my daughter.  Since she was very little, we have loved singing prayers together every night and continue to do so regularly.
The quotation is taken from the Hidden Words of Bahá’u’lláh. This particular passage has special significance for all of us as individuals as it gives us a beautiful recipe for how to live. I often feel that if the world could only live this way it would be paradise (see the beautiful lyrics below)!
The song ends with the word ‘everlasting’ repeating.  My vision was for the music to finish in a meditative manner so that the listener could ponder on this word while the music continues and fades, giving the song a feeling of continuation that reflects the endless journey of the soul.
Originally the song was composed for guitar and was recorded on my first album, ‘Melodies of the Nightingale’. I had envisioned recording the song as an acappela piece for ‘The Ancient Beauty’ but as I was practicing it, I felt compelled to play it on the piano.  The music came together instantly and I knew I had to let the song evolve in its own direction.
As we were recording the cello for other pieces on this album, we had 10 minutes remaining to record the cello part for this piece.  I was worried that the cellist wouldn’t have enough time to record it but my producer and I decided to ask her to listen to the piece and play what came to her heart spontaneously.  I was amazed and moved by the melodies she came up with on the spot and could tell she was inspired.  We managed to record her just within the allotted time!
This was the last song we recorded for this album and it almost didn’t happen as I was recovering from a severe cold and my daughter was busy with the demands of high school.  I was determined to make it happen and am grateful we managed to record it as it is now one of my favorite pieces.
I hope you enjoy it as much as I enjoyed creating it.  Listen/download ‘A Radiant Heart’ below. 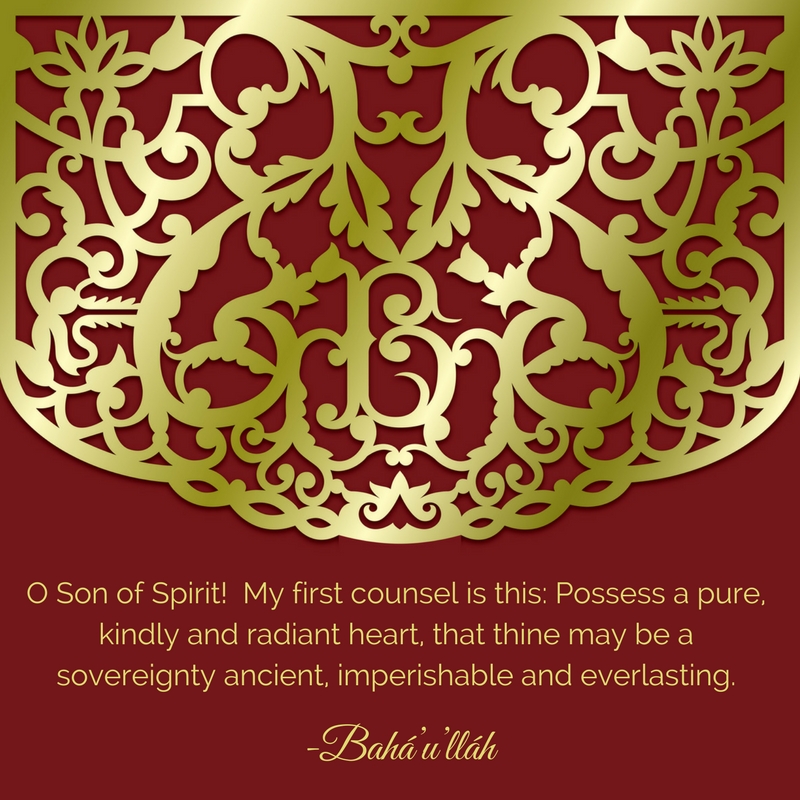 « Hands of the Cause of God Volume II! An Inspiring Video – The Ancient Beauty »

ONG, Elika, you have done it again. This was just heavenly and it raised my spirit. Thank you so much.

Thank you, beautiful and meditative music for a powerful tablet.

Thank you Joan! I’m so glad you enjoyed the piece.
Thank you so much Jack.

Sovereignty is Ours to keep.

Beautiful elika the is on dire need of your music

The world is in dire need of your beautiful music