I have been posting videos of Ridvan songs in different languages for the 12 days of Ridvan and today’s language is the last of the series (Italian)!  Once again, I would like to thank all the friends who were a part of this project and who graciously recorded their voices so that these songs could be shared and downloaded as gifts for you!   The video links in each language are all below.

A special thanks Larry Magee who played the guitars and to Jarome Matthew for editing all the languages and making sure they were mixed and mastered to sound alike.  I’m also extremely grateful to Adeeb Afshar for sharing several of his beautiful photos from the Ridvan garden and also Shira Trick for her lovely video of the fountain.  If you listen closely at the end of the video, you can hear a slight trickle of the water flowing from the fountain.

Yesterday I posted a Ridvan song in Swahili and below is the next video for the Ridvan song in Italian!   I so enjoyed singing this version as I love the sound of Italian.  I was blessed to have an Italian friend coach me with the pronunciation for the song as I wanted to be as accurate as possible.  Thank you Piero!

The following language videos have already been posted:

Rejoice with exceeding gladness, O people of Bahá, as ye call to remembrance the Day of supreme felicity… – Bahá’u’lláh 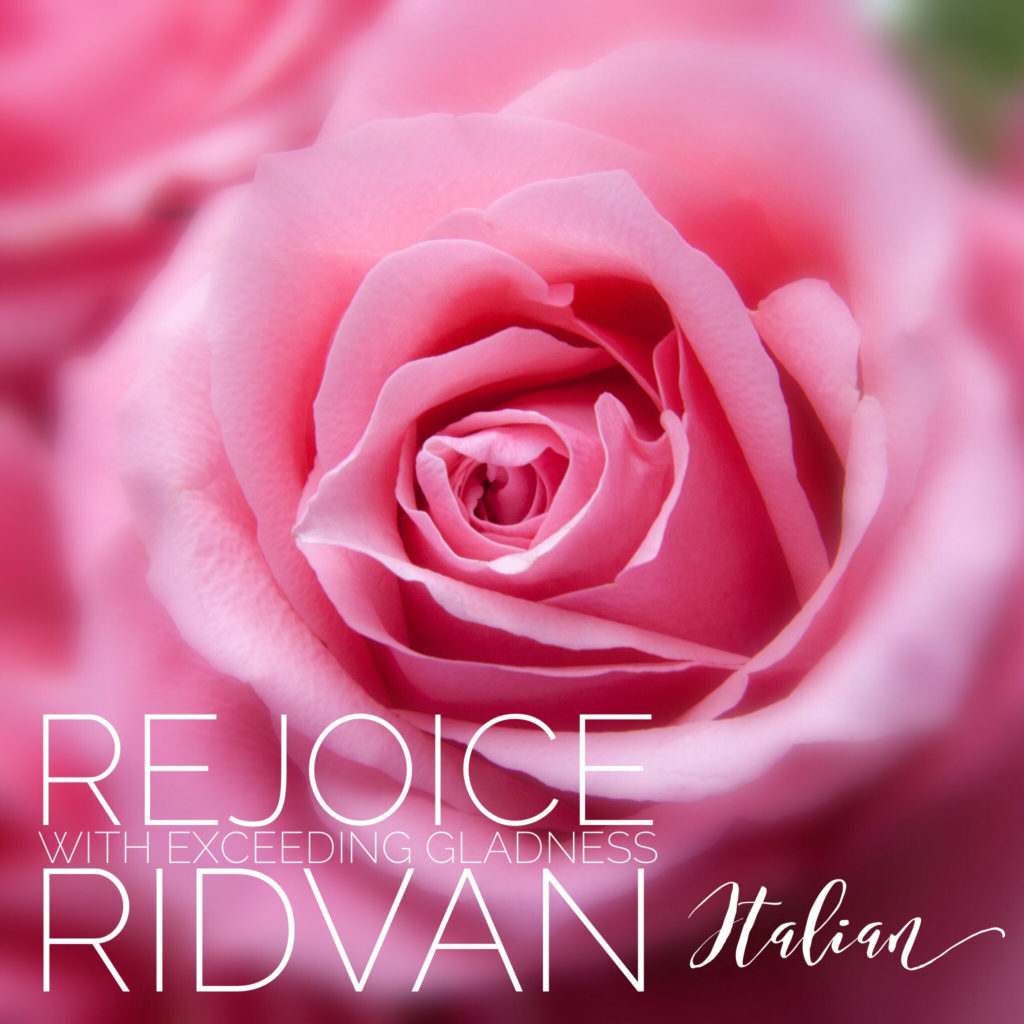