I have been posting videos Ridvan songs in different languages for the 12 days of Ridvan!

Yesterday I posted a Ridvan song in Chinese and below is the next video for the Ridvan song in Spanish sung by talented musician, Ali Youssefi.  Ali and I have collaborated on several songs together so naturally I turned to him to record the Spanish version.  Ali has such a soothing tone in his voice.  What a pleasure to be working with him on this song.

The following languages have already been posted:

I look forward to sharing the next video on the blog tomorrow (every morning at 7am Beijing time). Kindly share with friends who speak Spanish.

Rejoice with exceeding gladness, O people of Bahá, as ye call to remembrance the Day of supreme felicity… -Bahá’u’lláh 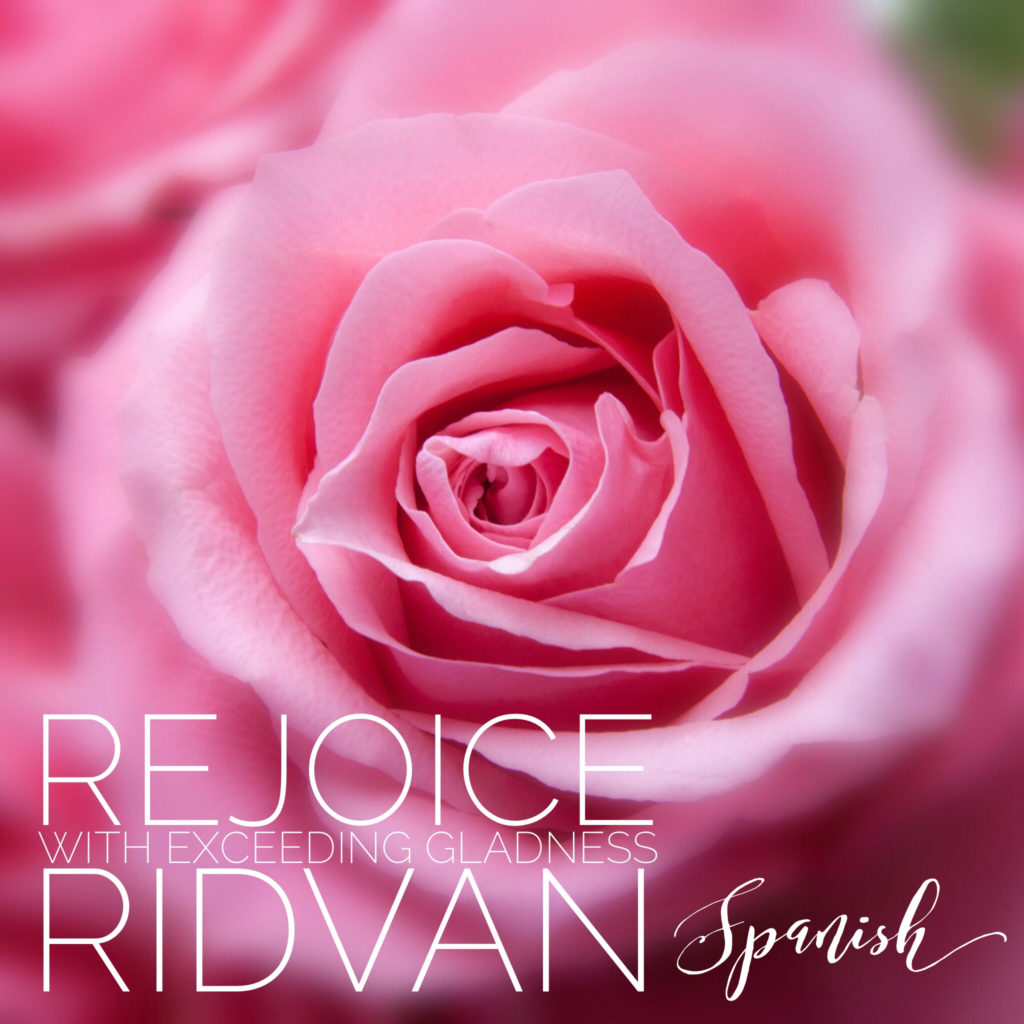