The world is but a show

The two passages below are beautiful reminders of the importance of detaching ourselves from the things of this world.  I often try to recall these quotations when life brings challenges which is why I chose to set them both to music in order to memorise them.  They are available on the album ‘Fire and Gold’, a CD on the theme of tests and difficulties.
Below are the lyrics:
The world is but a show, vain and empty, a mere nothing, bearing the semblance of reality. Set not your affections upon it… The world is like a vapor in a desert, which the thirsty dreameth to be water and striveth after it with all his might, until when he cometh unto it, he findeth it to be mere illusion.
-Bahá’u’lláh, Gleanings from the Writings of Bahá’u’lláh, page 328.
O Son of Being!
Busy not thyself with this world, for with fire We test the gold, and with gold We test Our servants.
-Bahá’u’lláh, The Hidden Words, Arabic #55. 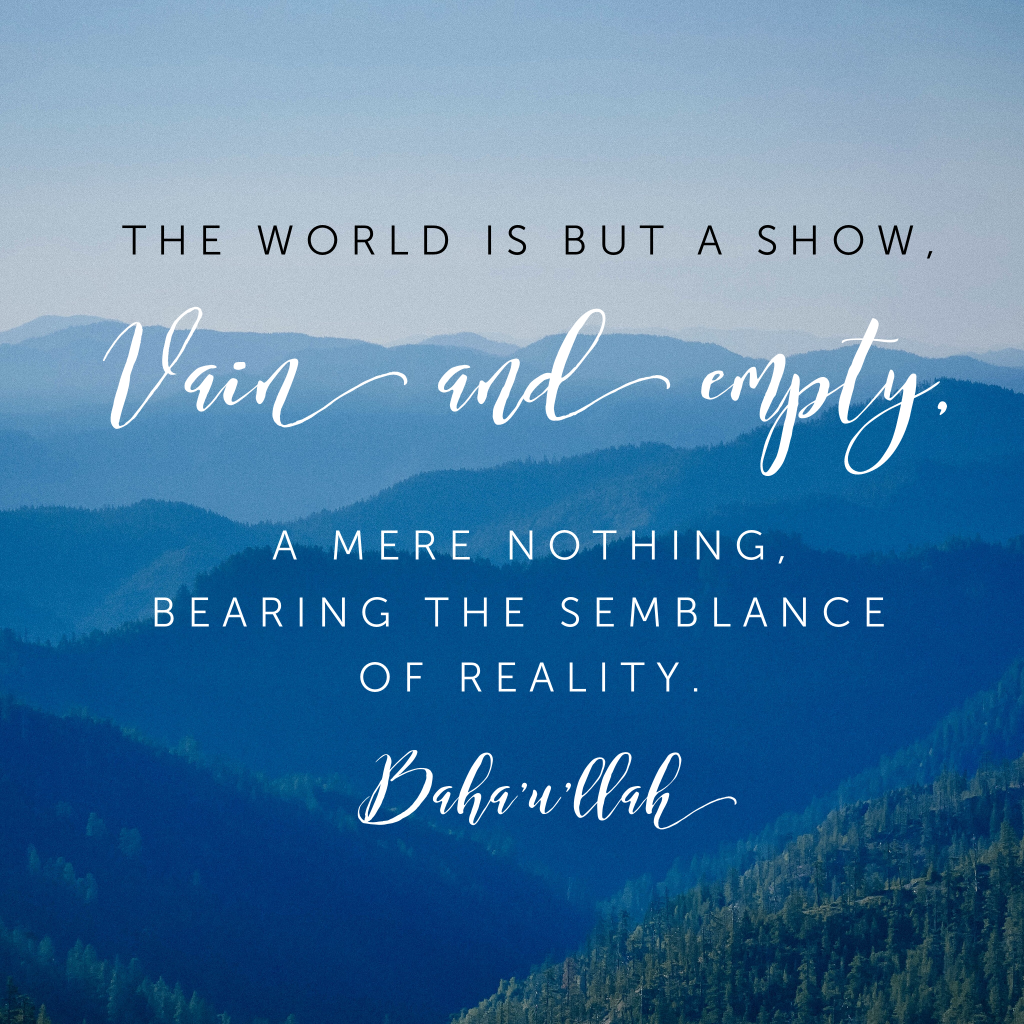 « New elegant prayer book covers: 25% off all We are one family »

✨Almost a year ago the world celebrated the Bice

🌿I’m finding how important it is to go on wal

✨An inspiring quotation attributed to 'Abdu'l-Ba

🌹These inspiring words of Bahá'u'lláh are so