"When a thought of war comes, oppose it by a stronger thought of peace"

Sending prayerful thoughts to all those affected in the last few days with the horrifying acts of violence in different parts of the world. As I think of these tragedies, these words of Abdu’l-Baha come to mind: “When a thought of war comes, oppose it by a stronger thought of peace. A thought of hatred must be destroyed by a more powerful thought of love.”

On November 13th, 1911, Abdu’l Baha spoke these words in Paris, France:
“All prejudices, whether of religion, race, politics or nation, must be renounced, for these prejudices have caused the world’s sickness. It is a grave malady which, unless arrested, is capable of causing the destruction of the whole human race. Every ruinous war, with its terrible bloodshed and misery, has been caused by one or other of these prejudices.
The deplorable wars going on in these days are caused by the fanatical religious hatred of one people for another, or the prejudices of race or colour.
Until all these barriers erected by prejudice are swept away, it is not possible for humanity to be at peace. For this reason Baha’u’llah has said, ‘These Prejudices are destructive to mankind’.
God has not created men that they should destroy one another. All races, tribes, sects and classes share equally in the Bounty of their Heavenly Father……
Baha’u’llah wrote, “The earth is but one country, and mankind its citizens”. 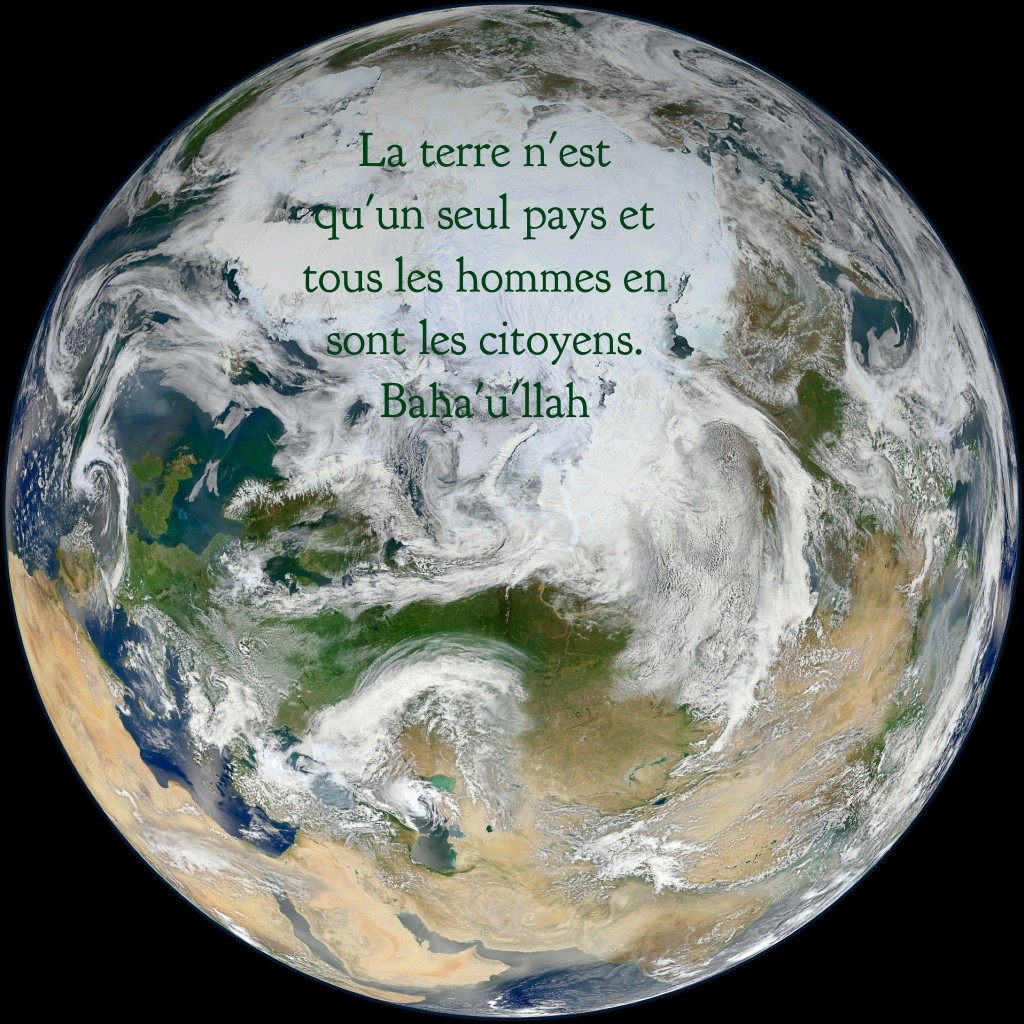 Thank you for sharing the prayer Matthew.