Jarome has moved to Beijing!

Recent great news is that my producer, Jarome, and his lovely family just moved to Beijing!
We’ve worked long distance for several years now and it has had its successes and challenges.  One of the difficulties was that the distance delayed the release of our first project, Fire and Gold as it took awhile sending files back and forth and collaborating from afar.  But since we were both dedicated to the music projects, we were able to follow through and finish them (since Fire and Gold we have released the CD Birds of Love and digital release – Edge of Forever as well as a couple of charity music projects).  Recently we have done more collaborating as far as writing the songs and it has been inspiring working on them together.
Now that Jarome has moved to Beijing, I’m thrilled to be able to record in his professional studio which is a much better quality than I’ve used before so I’m sure the music will sound even better!  What a treat to be able to work in person on the many upcoming music projects.  I will be soon be sharing more about one of the songs we are currently working on…
Here is a photo of a section of Jarome’s studio 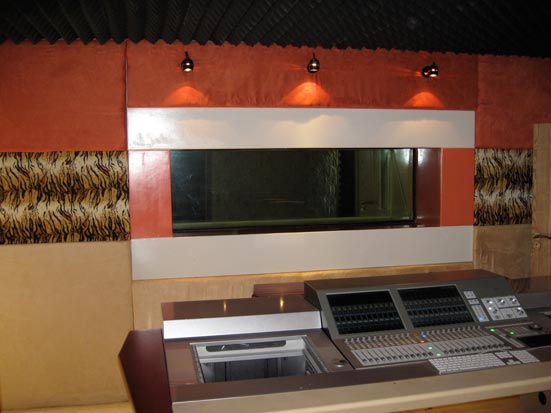 Thanks Elika!
I’m excited to be here.
When we have recently composed and collaborated on not only the instrumentation and recording but the composition of the music, very exciting new things have happened, so this change is going to bring some amazing creative efforts.
Thanks for all your assistance with such a huge adjustment to a totally different culture.