One of my close friends, Martin Kerr, entered Canadian Idol this season. I am so proud of him as he reached the top 16 on the show which is a fantastic accomplishment! I am so excited for him as he is reaching thousands of fans now across Canada and the world.
I first got to know Martin when he was living in Beijing about 6 years ago. At that time he was teaching a kindergarten class where my daughter attended! As we both love to sing, we used to get together often to practise songs, come up with awesome harmonies and perform them.
I’m so thrilled that Martin’s beautiful voice was recorded on ‘Fire and Gold’: he accompanies me on ‘The Prison of Tihran’, the last and most intense piece on ‘Fire and Gold’. Martin will also be accompanying me on one of the songs on the marriage CD which i am working on now. I have sung this piece now at 4 weddings and will sing it once again tomorrow at a friend’s wedding in China! I look forward to the day I get to sing it live together with Martin at a wedding!
Martin is an independent singer-songwriter who performs across Canada and internationally. He recently released an incredible album called ‘I know you’re out there’ (you can check it out on his website). Martin’s music is catchy and melodious and his lyrics are witty, charming and thought-provoking. I hope you get a chance to see him play live. If you ever have the opportunity you won’t want to miss it! 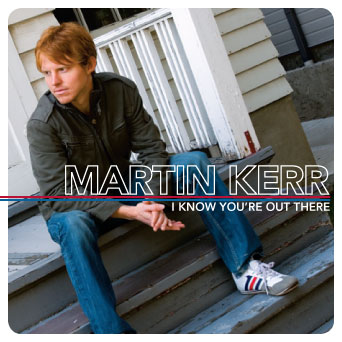 Thought of the Day: (the prayer that will be on the marriage CD)
‘Wherefore, wed Thou in the heaven of Thy mercy these two birds of the nest of Thy love, and make them the means of attracting perpetual grace; that from the union of these two seas of love a wave of tenderness may surge and cast the pearls of pure and goodly issue on the shore of life.’ -Abdu’l-Baha

« Voices For Peace Picking up the Guitar »

Congratulations Galore Martin. we are all so proud of you… Very well done indeed. Praying for your success always