A close friend of mine, Parviz Eshrati, passed away a week ago today.  He was truly a remarkable person.  His sole aim and desire was to transform and improve the lives of every person who crossed his path. He never missed an opportunity to guide and help those he met.  I know Parviz achieved his purpose in this world as so many of his friends can attest to the fact that he was the instrument to changing the quality of their lives.

One of the pieces on my CD, ‘Fire and Gold’, is dedicated to him.  It is called ‘The Prison of Tihran’ (track no.14).  I chose it to be the last piece on the CD as it is one of the most special ones for me.  It was composed during one of our study classes that Parviz had facilitated and he had requested that we memorize certain passages.  I decided to set the passage to music and I played it for our group one evening.  That night left an unforgettable memory in my mind as the music seemed to give it a special spirit.

Parviz had cancer and in the last days of his life, he stayed in a hospice.  The nurse there couldn’t fathom why his room was always full of joy and laughter and she asked him what it was that made him so different from the other patients.  When asked Parviz would always say, it was the love and prayers of his friends all around the world.  Another time, a few weeks before his passing, a friend tried to convince Parviz that he could still survive the cancer.  Parviz replied that he had already bought his ticket and was on the plane looking forward to his trip, why would he want the pilot to say that the flight had been cancelled?!  Such was his understanding that there is no need to fear death for it is simply the end of one phase of life and the beginning of a much more glorious journey.

I know that his soul is rejoicing in the next world, for his life was full of pure love, dedication and service.  I and many others have learned from his loving example and we will miss him. 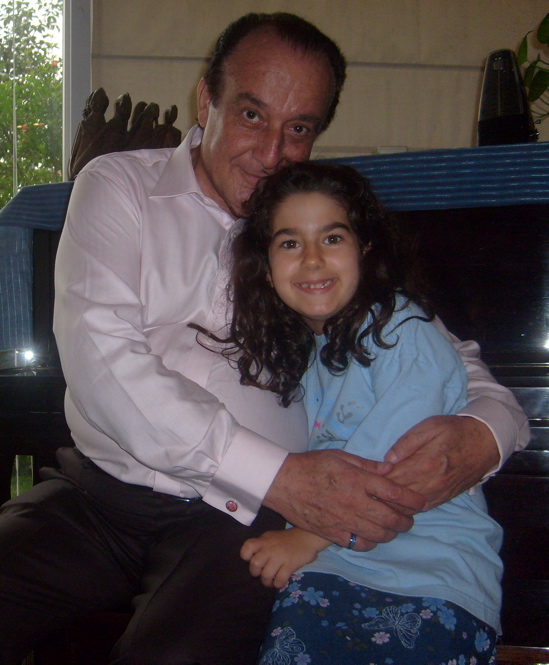 Thought of the Day:  “O Son of Spirit!  With the joyful tidings of light i hail thee: rejoice!  To the court of holiness I summon thee:  abide therein that thou mayest live in peace forevermore.

What a wonderful tale of Parviz-I am so happy to read it. love and thanks, Bonnie

I am so sorry to hear of your friend. I know how hard it can be…Try to keep in mind that Abdu’l Baha said “there is no real separation” between souls who love each other! Your friend is just in the next room you know, but its as if we can’t find the door to that room until God wants us us to join them in the spiritual world…
My thoughts and prayers are with you and I will pray for your friend – in the next world. Just think, Elika, the Blessed Beauty will be right beside him right now! 🙂
Ya-baha’u’-abha and lots of love,
Nadia xx

Hi Bonnie, thanks for your comment and for opening your lovely home for Parviz’ memorial.
Dear Nadia – thank you for your touching message. It was a reassuring reminder that our loved ones are still close by in spirit.

I couldnt help myself…and reading about Parviz made me cry again, although i know we shouldnt as he is in a better place…
hugs
Youlia

Dear Youlia, it’s natural for us to miss Parviz as he was so special for all of us. I’ve missed seeing you. Hope to catch up with you soon.

I had met Parvis in 2006 when he was staying with a friend in TX to undergo medical treatments. However, he mentioned nothing about his own condition and problems -he was filled with glowing descriptions about the energy and spirit and potential that was in China. Only after getting to know him a little better did I learn of his own condition because he did not want to make a big deal of it. I did not know him well, but after that first meeting, each time we met we’d both break out in smiles as we were happy to renew our acquaintance. The last time I saw him, he’d mentioned that he was in remission, but sadly that was short lived. Your tribute to him is a testament to how he affected the lives of all he touched.

Elika what a beautiful article you’ve written. I am Parviz’s neice writing from Chile… what can I say, you’ve blown me away…

Greeting Miss Mahony, I just “googled” Parviz as I wanted to re-establish contact with him. I knew Parviz well for many years when he owned a hotel/restaurant in Spokane, Washington in the 80′ and early 90’s. He was a special person. He loved food. I made foods in the “old” country ways. We would trade his “special pickled garlic” for sauerkraut and homemade smoked sausage. We would often cook in his restaurant kitchen and serve his guests special treats. He often came to my home to relax, visit and breathe the country air. He had many friends in the Spokane area. When he went to China, I began doing business in Vietnam. The last time that I had contact with him was when he married in Beijing. Our paths travelled in different directions. I was going to email him just to say hello and remember the fragrant memories of days past. The picture must be his daughter? The Parviz I remember was a full of life honorable man. Thanks for your tribute and your sweet words. Don

Hi Stephen – I’m so glad you got the chance to meet Parviz. It is true that he never liked complaining about his pain or suffering. He always wanted to bring cheer to other people’s hearts!
Nice to meet you on here Elham! You should be so proud to have such an uncle who always manifested these words of Baha’u’llah “Let your heart burn with loving-kindness for all who may cross your path”.
Thanks Don for writing. Yes Parviz did love food and what a fantastic cook he was! Truly wonderful! In the photo above, Parviz is holding my daughter. He will be well remembered and well-loved by many!